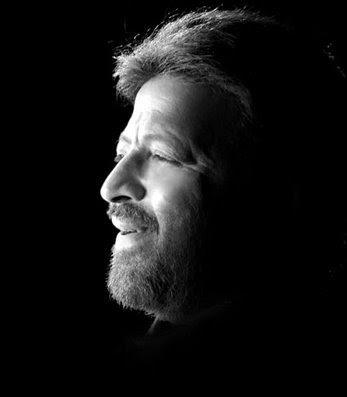 A Tribute to Vishnu on his first Anniversary of his soul,  which left his body, but got distributed in to 5 crore plus pieices and sitting pretty in all the hearts of the people of Karnataka.
·         Vishnu will always be remembered for his stylish appeal, his smart outlook.
·         Vishnu’s almost all the movies had good meaningful songs almost sung by his favorite SPB
·         Vishnu’s father role means it will be either his favorite K S Aswath or , Rajanand.  These two veterans who put an indelible mark on fatherhood portrayals in the movies will be remembered all the time
·         Vishnu’s most of the movies were given importance to father role in the family, where as Annavaru’s movies were dependent on Mother role portrayals.
·         Vishnu’s most of the movies were music master piece by Rajan-Nagendra, and lyrics by Chi.Udayashankar
·         Vishnu’s best heroines were  Suhasini, and Arathi.  They almost gave a tough fight to him in the acting department
·         Vishnu’s action sequence (fights) were amazing in Sahasa Simha, Nishkarsha
The movies were in one or the otherway outstanding on his own due to uniqueness.
Nagarahavu
Directed by Puttanna, Vishnu almost breathed fire in each and every frame, which is the kind of treatment required for his role.  Puttanna was always criticized before the movie that, he is good at directing females oriented movies, he broke that myth with this movie. It was a perfect launching pad for Vishnu, he was re-christened as Vishnuvardhan in this movie, and later he became the undisputed king in his own way.
Gandhada Gudi
This movie proved fatal for the rest of his life for the unwanted reason, but he proved he can ignite the screen even with the negative role.
Bhoothayana Maga Ayyu
This is one movie which was picturised 100% in outdoor location, as village hyda he was a picture perfect in the role.  He took over from where he left in Nagarahavu.
Vijay Vikram
This is the movie he was in a double role, but it will be remembered more for his negative role, he was a terror in that role
Makkala Sainya
He excelled very well in comedy role, his timing, mannerisms, expression were superb.  It is a complete entertainer directed by yesteryears beauty the actress Lakshmi
Sahasa Simha
Based on the novel, this movie gave a new lease of life to Vishnu as a action hero, the movie will be remembered for three counts.
·         Amazing fight sequence, you will love vishun as a action hero in this movie
·         Superb songs by SPB, and music by Sathyam
·         This is one movie where almost all the villains of that era acted. Sudhir, Vajramuni, Toogudeepa Srinivas, Dheerendra Gopal, Arikesari, Prabhakar, Shakthi Prasad, Udayakumar to name few.
Indina Ramayana
Hilarious Comedy, the dialogues by Vishnu, and his co-stars will tickle your rib nicely
Bhandana
It gave an refreshing image as a lover boy other than an action hero tag which was tagged to him till this movie.  Superb songs by Chi, RNJ and music by M Rangarao is haunting till date.
Madhuve Madu Tamashe Nodu
If you want to laugh in the difficult moments of life, this is the best medicine.  Laugh riot with a serious message about dowry system.  Vishnu, Arathi, Dwarki, Shivaram, Umashivakumar, Lokanath, C R Simha, Satish will make you forget the worries.
Jeevana Chakra
Movie knowns for vishnu’s acting in matured father role in the second half. Worth watching for his emotions, dialogue delivery and his style.
Karna
Best combination of father and son role by Ashwath and Vishnu.  Nice songs.
Malyamarutha
His role as singer is worth watching, nice picture with wonderful performance by Vishnu and Saritha.  Music by Vijayabhaskar takes you high.
Suprabhatha
As claimed by Vishnu in his interview, the movie very close to his heart.  This movie has only 7 actors almost the length of the movie, Vishnu, Sushasini, Maanu, Srividhya, Baby Gal, and Petrol Bunk Set & the house on the ghats of Chamundi Hills. Wonderful songs by SPB, Chi.Udayashankar & Rajan Nagendra Combo, superb photorgraphy and direction by Dinesh Babu his first movie in kannada.
Rayaru Bhandaru Mavana Manege
Malayalam movie remade in kannada, it is the movie which brought Vishnu and Dwarki together after a break of close to decade.  Vishnu’s performance was superb.
Nishkarsha
The action hero Vishnu resurfaced again, tight screenplay and direction by Suni Kumar Desai. Indian version of Die Hard is an edge of the seat thriller.
Laali
This movie is known for his matured father role and also Mohini’s controlled performance. One more flick by Dinesh babu which is good in his own right.
Nishabdha
Action hero along with plenty of dogs, good movie by dinesh babu.
Yajamana.
This is one movie told more about positive attitudes, the viewers always expects something tragic, but it proves the otherway.  You think positive, it happens, this is the basic formula for this movie.
Apthamitra
How a nice story can be re-told in commercial way this movie proves that mantra.  P Vasu’s master screenplay, supported by reunion of Vishnu and Dwarki, amazing performance by late Soundarya all makes this movie a class apart.
Aaptha Rakshaka
Sequel to Apthamitra, in the second half, Vishnu sends chill down the spine.
Posted by Srikanth Manjunath at 11:25 1 comment:

Was waiting for some precious moments in my life to cut the ribbon for this blog, what else is more precious than being part of parents completing their golden jubilee of their married life.
My father (Manjunath), from Koravangala, a small hamlet near cultural mother land Hassan, born to Rangaswamy, and Subbanarasamma. He was born with two elder sisters, four younger brothers, and one elder brother.
My mother (Vishalakshi), from Hassan, born to Lakshmipathi, and Chennamma.  She was born with three younger brothers (out of which one was my favourite sodara-mava, look for him in my next posting), and one younger sister.
They were destined to married together in heaven (as all marriages are arranged in heaven), but their name also had a fine combination of Shiva-Parvathi.  So as per the script of god in heaven, and the drama enacted in the earth, they entered each other life on May 23rd 1960 in Kittane, a small village near Hassan. 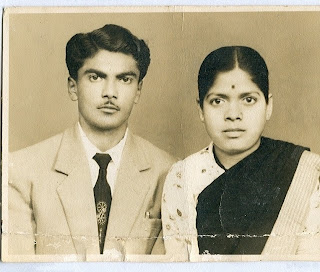 First set of ten years (1960-1970)
They spent fruitful life of first 10 years in Hassan, where they were blessed with one girl and one boy baby.
Second set of ten years (1970 -1980)
The second sets of ten years were spent in picturesque Shivamogga, the gate way to Western Ghats. Here, they were destined to get two more boy babies.
Third set of ten years (1980 – 1990)
Here, the kempegowda founded Bangalore was craving for our inclusion, so we all migrated to Bangalore.  During this phase, we were coming to our own grooves with blessings from our god sent parents, and with divine grace, and well wishers.
Fourth set of ten yeas (1990 – 2000)
Well settled family of ours, slowly and steadily started inching towards stability, and parents became grandparents.
Fifth set of ten years (2000 – 2010)
During this phase, when my father attained the age of 73, celebrated “Bheemavratha shanthi” for attaining 70 years of fruitful life.  It was one of the memorable occasion for us, as during this Shanthi, we can witness all the marriage rituals, like tying the sacred knot, sapthapadhi.
And now on 24th October 2010, they celebrated golden anniversary, with a Sathyanarayana pooja at home, and wonderful get-together of relatives, friends, and the well wishers. 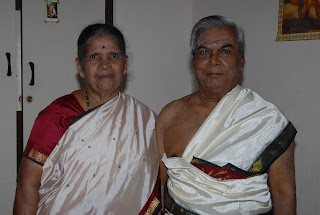 This is the kind of legacy our parents are showing us how to wade through the difficult times, turbulent moments to see the happiness sprinkled all-round. 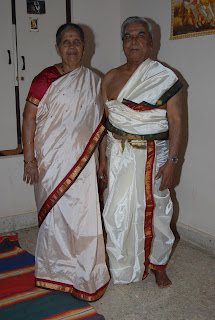 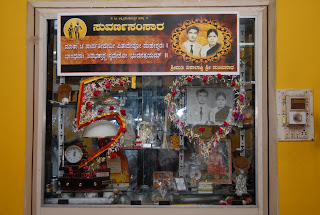 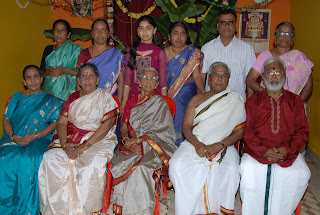 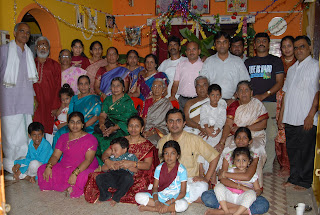 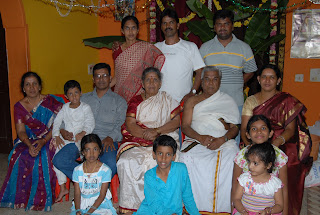 We are blessed by god, to have a wonderful representatives of him-self with us
Posted by Srikanth Manjunath at 19:48 5 comments: